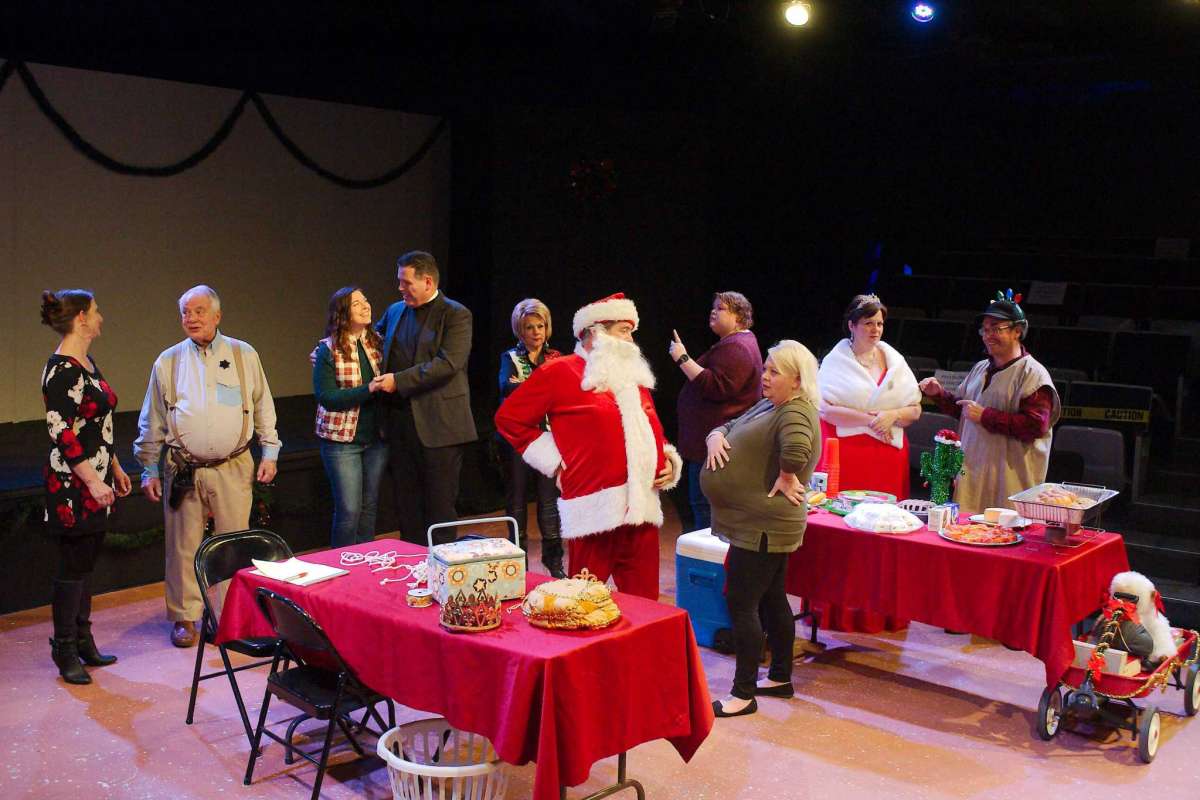 A church’s Nativity pageant spins hilariously out of control in “Christmas Belles,” with live performances Dec. 4-20 at Pasadena Little Theatre.

“In addition, we are filming one of the performances, and it will be available for streaming Dec. 18-20,” said director Julie Owen of Clear Lake.

“You can buy a ticket, get a code and watch it in the comfort of your home, just like you stream Netflix.”

However, many fans will flock to see PLT’s first live show since June, when COVID-19 shut down the planned finale of the group’s production of Luis Santeiro’s family comedy “Our Lady of the Tortilla.”

“We are practicing all COVID-19 protocols,” said Owen. “Social distancing in the lobby, bathrooms, and seating. Temperature checks of all patrons and volunteers upon arrival and masks are required by all while attending. The theater is sanitized after every performance, and we have hand sanitizers available throughout the theater. There will be no receiving line after the show.”

“Christmas Belles” features the further adventures of three Futrelle sisters — Frankie, Twink and Honey Raye — who appear in many comedies that have been written by a trio of Texas authors, Jessie Jones, Nicholas Hope and Jamie Wooten.

The sisters’ fictional hometown of Fayro, Texas is the setting for “Christmas Belles,” where Frankie is several weeks overdue with her second set of twins and middle sister Twink is in jail for setting a fire that accidentally burned down half the town.

Amid hot flashes, oldest sister Honey Raye has been tapped to direct a Christmas pageant, “Bethlehem La Palooza,” at Fayro’s Tabernacle of the Lamb.

While the thrust portion of PLT’s Russell Stage serves as the church’s fellowship hall, crew members constructed a platform as the stage for the Christmas pageant as well as for various locations around Fayro where other antics occur.

Lorie Halford of Pasadena is the play’s light and sound technician.

Jeffrey Merriman of Pearland portrays Raynerd Chisum and serves as the assistant director.