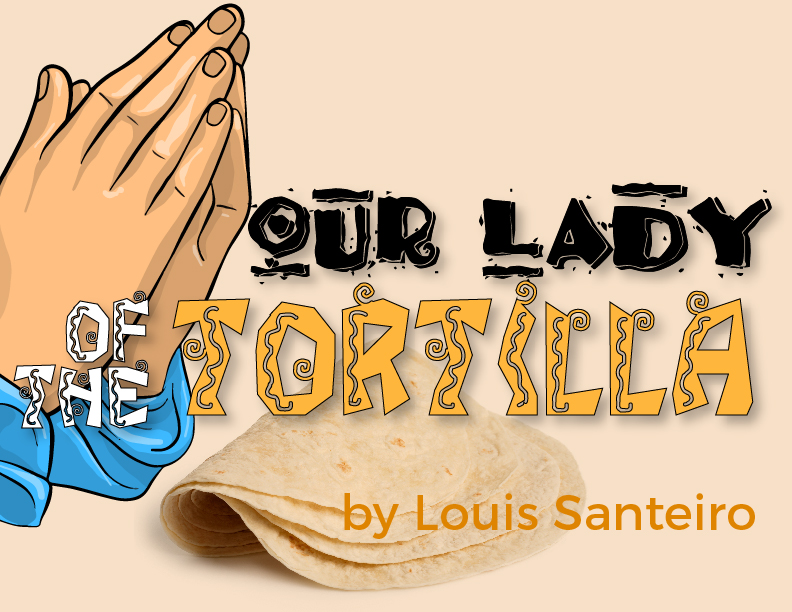 Our Lady of the Tortilla

A Comedy by Louis Santeiro
Directed by Crystal E. Mata

Nelson Cruz, the youngest son of the Cruz family, is returning home for the weekend to introduce his girlfriend to the family. He comes home only to find everyone in the household occupied with their own plans. Nelson’s mother, Dahlia, is obsessed with retrieving her husband from his new girlfriend; Eddie, the eldest son, shows up with his pregnant girlfriend; and pandemonium strikes when Dolores, Dahlia’s sister, sees the face of the Holy Virgin in a tortilla. The miracle brings hordes of believers and reporters to camp out on their lawn. As they struggle with beliefs and conflicts, the endurance of family love is revealed to be the real miracle.